Kevin Negandhi (who you probably know from ESPN’s SportsCenter), is an award-winning sports anchor, sports anchor for ESPN, a college football host for ABC, and a South Asian American who grew up in Pennsylvania. After spending years working as a sports director and reporter for a network in Florida, and winning two Associated Press awards, in 2006, Kevin joined ESPNews, and went on to become the first Indian American sports anchor on a national sports network in American history. Kevin is anchor for ESPN’s SportsCenter, the host of Baseball Tonight, College Football Live, Outside the Lines on ESPN, and the Scripps’ National Spelling Bee (aka the Indian Superbowl), and as of this Fall, the new host of college football on ABC.

For ISAASE’s “Be Inspired” project, under our Diversity & Representation Initiative, Kevin chatted with ISAASE director Dr. Punita Rice about striking a balance between growing up in a majority-White town in Pennsylvania spending time with his Indian family, the people who didn’t believe in him (and overcoming people’s expectations), what values he’s learned from his parents, why he can relate to spelling bee contestants, and, what he wants young South Asian American kids to know…

Tell us a little about what you do now at ESPN.

I wear a few different hats… For the last 6 years hosting SportsCenter in the morning, and I’ve been at ESPN for the last 11 years. As of this Fall, I’m the host of college football on ABC. I’ll be hosting all our games in the studio. We have variety of games, regional and national for ABC. So I’ll do the halftime, the pre-game. Hosting college football will be a new thing.

What was growing up South Asian in in Phoenixville, Pennsylvania like?

I was born in West Philly, and then my parents moved to the suburbs in Phoenixville when I was one. According to my mom, in 1976 when my family moved there, we were one of the first Indian families in that town.
I remember going to school — there was one other Indian in my class in high school. I would say, there were maybe 3-4 Indians in the entire high school – and two were brothers. We weren’t getting exposure to other Indian Americans in high school.

But the cool thing is, being int he suburbs of Philadelphia, I had cousins that lived all around or in South Jersey. During Diwali we were at exposed to a lot of our culture outside of our school environment, and that was great – I always saw a balance. My cousins and friends would all meet up at these Diwali parties, and then we go outside and play football for 2-3 hours and we go back in, and I’m still seeing my mom do the dandiya — we always found a way to naturally let both cultures blend.

As a 14 year old kid, I had the crazy dream that I’d be the first Indian American sports anchor. To realize that 17 years later and look back and think that was pretty bold and far out there, but you can’t achieve a dream without thinking about it and taking a step towards it. I’ve been labeled a dreamer, but what’s wrong with that — it’s helped me in everything I’ve wanted to do.

What was it like going to school in Phoenixville?

My school was predominantly white. There were some moments where I’d hear some words or terms, and there was some discrimination. But I mostly got along with everybody. I didn’t mind getting to educate people, teach them about things.

But this was all pre-Simpsons. I grew up before people knew much. The Simpsons stuff started in the late 80s, early 90s, and [with it, came] all the stuff about Apu, and stereotypes.

People not exposed to Indians were gaining their familiarity with them [through stereotypes]… and they see this cartoon character.

It was a different environment in the late 80s and 90s, versus what it’s like for kids now.

Did you face any challenges?

I actually just spoke at my high school commencement this June, and I shared a story [about this] with the class.

I had a guidance counselor, who when I sat down to talk to him about where I wanted to go, he immediately shot it down and told me to look at engineering or business.

I’ll never forget that conversation or walking out of that office highly ticked off, and remember saying “I will show this guy, and will prove to him — who the heck is he to put me in a box?”

Whether it’s on purpose or not, people are going to put speed bumps in front of you. Do not allow it to dictate what you want to do. Kevin Negandhi

Whether it’s on purpose or not, people are going to put speed bumps in front of you. Do not allow it to dictate what you want to do. Because the drive that you have inside is something that can’t be created.

And that guidance counselor…

I never talked to that guidance counselor again. I knew he didn’t know me, or care to know me. He was judging me. To me, it was a waste of time talking to him.

What has helped you along your journey to success as a sports anchor?

The work ethic that [was] established in our household. I can only speak to my household, because that’s the one I grew up in. The discipline, the foundation blocks, on how to be successful. Being committed to schoolwork, being observant, being obedient to your elders. And a competitive edge. Being taught to be committed to something.

Growing up, as a kid, there were some things I didn’t understand about my own father, but now I understand. It was all about giving me these building blocks. And having my mother there for emotional support, to ask me, “Are you okay?” and “I’m proud of you.” The mix. Having a balance.

And my mixture of Hinduism, and Buddhism, and — I also went to Catholic school the first six years, so my schooling — you take a little bit of everything and you find out what works for you.

It’s okay to have a little of everything, but don’t go to the extreme. It’s not all or nothing. It shouldn’t be “I can’t have any fun.” But it also shouldn’t be all about fun and no work either. With my own kids, I’m going to stress all this and show them by action.

Photo of Kevin Negandhi via ESPN.com

You’re the first Indian American sports anchor on a national network in American history. You’ve talked about that in other interviews, but briefly — what is that like?

If someone would have told me that, 20 or 30 years ago, I would have been like, are you sure?

I was blown away by that. A couple of us – guys on tv, comedians, we were talking about this is pretty cool — I wouldn’t have believed [this was possible].

Vice President Biden shared stories about feeling connected to immigrants, and how Indian Americans played a big role for him playing politics in Delaware. His speechwriter was Indian! He was also the same one for President Obama. These guys are talking to me about my background because they love sports, and they tell me about watching SportsCenter with Obama. I even once got to talk with President Obama, and he said he watched me every morning.

You spoke at Temple University’s 128th Commencement in 2015, and received an honorary doctorate in Communication – what was that like?

It was cool. I joked around about it – I shared a story about my Mom always wanting me to be a doctor and this is how I did it.

Kevin Negandhi and his family. Photo via ESPN

Outside of personal family things, where you’re there with the birth of your 3 kids, the day you get married, the day I met my wife – to go back to Temple and have things come full circle at a university I love was pretty amazing. I know how special that day was to those kids and their families, to be able to speak to them and be selected, I took it very seriously. I get chills when I think back to walking down that aisle.

What’s it like hosting the Scripps Spelling Bee — aka the Indian Superbowl?

The best way for me to draw comparisons – we’ve seen a lot of kids in this society excel in sports at young ages. Many young tennis players, people like Tiger woods, basketball and football players – young kids, teenagers getting heavily recruited. Their families help them, go to practice, their families prepare them. They’re in environments of competition. When I watch the South Asian American families — a lot of the parents are doing the same thing. But instead of exercising physically or with hand-eye coordination, when you’re doing the type of training these kids go through preparing for the Bee, or any Bee (geography), it’s the same thing.

A kid playing baseball has practice after school. Mom and Dad, family, aunt uncle, grandparents, brothers – they take them there. They’re interacting with them. A kid in the spelling bee? They come home, they’re doing extra work with mom, dad, aunt uncle… going through flash cards, looking at dictionaries, origins of language. So you’re doing the same thing.

What do you want young South Asian American kids to know?

My advice is — be proud of who you are. Don’t let anybody’s judgment of you dictate how you feel and what you want to be.

Just dream. There’s nothing wrong with dreaming big. But be prepared. People will get in your way, whether it’s on purpose or by accident. But that shouldn’t stop you from going after you want.

Gandhiji plays a huge role in my thought process. He said one thing that’s stuck with me as I’ve gotten older. Enjoy the journey. The goal will always be there, but it’s the whole life experience is the journey.

Dream big, but understand it’s a process as well. While you’re going through it enjoy it.

One more thing – I sought out people that respected me, and that I respected. That goes a long way for young teenagers and college kids looking for guidance. Find people that respect you and you respect. That’s where you’re going to learn the most about yourself and what you want to do.

More information about our Diversity & Representation Initiative: ISAASE’s focus on improving South Asian American students is demonstrated in the ongoing Diversity & Representation Initiative, which seeks to help provide diverse stories and representations of South Asian American cultures, experiences, and voices. Through this initiative, we hope to elevate platforms that highlight this diversity. Learn more here.

More information about our “Be Inspired” project:
We believe role models who look like you matter. We believe diverse stories of success matter. And we want to show them to you. #ISAASEinspired is an effort to collect and share profiles and vignettes of South Asian American success stories, including those that break the mold, in order to inspire the next generation. Learn more here. 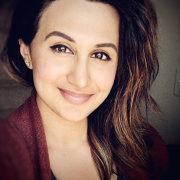